The client: in November 2021, a new client contacted us. The client was about to launch a new pizza delivery service in Ivano-Frankivsk. They needed assistance with setting up an advertising campaign that would help the audience get aware of the new brand, get interested in it, as well as drive orders and new customers.

Our Task: get into the food delivery market, declare a brand, and enter the competition for customers.

The Goals: set up effective contextual advertising, embrace all possible advertising platforms, attract target audiences, ensure a successful start for the business, and maintain its growth.

Problems To Solve: pizza delivery is an intensely competitive niche. There are many well-established companies with high trust ratings, making it challenging for new, unknown businesses to enter the market and stay there. 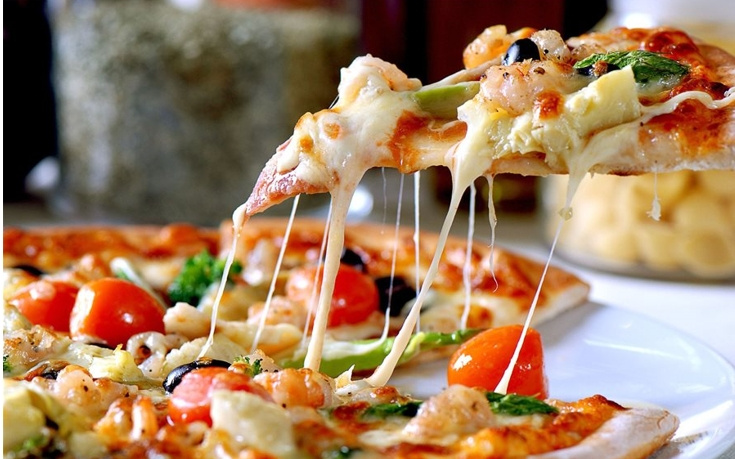 We started with analyzing active competitors on the market and evaluating their effectiveness, advertising, offers, and promotions. This is important to make sure we are one step ahead — knowing what competitors offer and what they do to attract the attention of potential customers, we have the opportunity to come up with our unique offer, which is no less valuable but even more attractive.

We decided to set up the following campaigns: 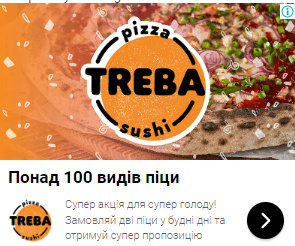 On the client’s approving the advertising budget, we chose the initial bid strategies (Maximize Clicks for the main campaigns, Manual CPC Bidding for branding campaigns). We launched campaigns and watched as they progressed.

Results after the first month of advertising:

Search and display campaigns were the most effective, driving 1011 conversions in total, including 513 conversions from search advertising, with the average cost per conversion of UAH 22.21.

Starting from the second month of the project, we focused on search advertising, grouping campaigns according to the frequency of queries. Once in two weeks, we changed creatives with new offers and promotions in display ads. Additionally, we set up video ads to reach out to new audiences on YouTube.

When the full-scale invasion of Russia into Ukraine started, all advertising activities were immediately stopped. At that time, it was unknown when and how business activities would resume and whether they would be relevant.

After a month of the war, when many people from the central and southeastern regions of the country fled to the west of Ukraine, it became clear that the business had to work to support the country’s economy. Ivano-Frankivsk was one of those cities that actively welcomed guests.

Our client decided to try to resume the work and launch a test campaign to check the loyalty and readiness of the audiences.

We conducted market research, looking into how restaurants and food delivery services were resuming their advertising activities. We noticed an interesting trend: if earlier 75% of queries in Ivano-Frankivsk were exclusively in Ukrainian, since the beginning of the war, the ratio between queries in Ukrainian and Russian had changed to 60/40.

This was because many people from the central regions of Ukraine, who were used to searching on the internet in Russian, were staying in Ivano-Frankivsk. We decided to take this fact into account.

We planned the following types of advertising:

We gathered Ukrainian and Russian queries, categorized them into separate groups, and created ad copies featuring those queries.

In display and video advertising campaigns, we segmented audiences according to their interests and keywords, Ukrainian and Russian separately, placing the accent on the support of Ukraine and trust in the Ukrainian military, 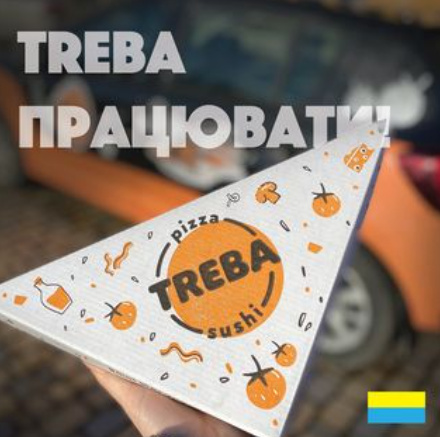 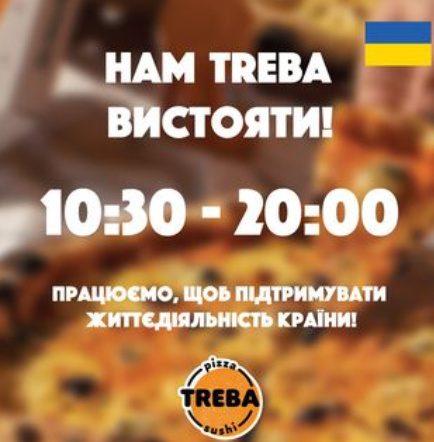 2.3. Launch and the first results

We launched the campaigns, focusing on the Maximize Clicks and Maximize Conversions bid strategies. Additionally, we included people who have just relocated or are planning the move into our audiences.

Metrics after the first month of advertising during the war:

Regarding lead generation, Ukrainian and Russian search campaigns and brand campaign were the most successful. We reached the average cost per conversion across all campaigns of UAH 17.25.

We analyzed each campaign’s metrics separately, removed ineffective audiences as well as those associated with costly conversions, and replaced them with new, experimental audiences.

Businesses shouldn’t stop working even during wartime. Before planning any advertising activities, it is worth analyzing the market, market trends, and public sentiment. Also, it is worth considering all additional factors and the competitors’ unique selling propositions. In the case of advertising a pizza delivery service, we benefited a lot from taking into account the language factor and the patriotic sentiment of the population.

We analyzed the demographic charts, which allowed us to create a new, more precise buyer persona and use it at the next stage of optimization.